Recently I’ve had several discussions about how well students remember the techniques or classes that they have been to.

Memory is an interesting thing. Especially when applied to a physical skill like jiu-jitsu.  It turns out that memory is a term we use to cover a multitude of different activities in our brain. So perhaps if we can better understand memory we will better understand  how we apply our memory  to jiu jitsu  techniques. 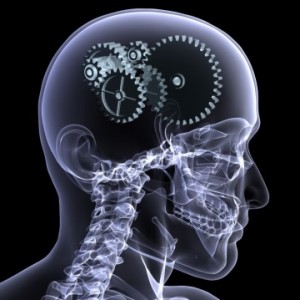 There are a number of different ways to view memory but one useful way to think about is that there two types of memory. What is called episodic memory, and then implicit memory. So what’s the difference? Well episodic memory is as the name suggests memory of episodes in our lives. So for example, if I ask you to think of what you did last New Year’s Eve, you would probably pull up an image or a  memory of a particular episode. Who you were with, some of the things you did, maybe even how much you drank.

However if I’ve asked you to actually perform a task, say for example riding a bike or driving a car, the chances are you will not be drawing upon episodic memory. You be drawing on implicit memory. In other words the memory of how to do something,  the memory that gets coded in through activity.

This distinction was brought into stark relief through the study of psychology’s most famous patient.  He was known around the world as HM (HM recently died in 2008 – the most researched man in psychology).   After a childhood accident left HM afflicted with terrible epilepsy, his neurosurgeon sought to reduce the effects by removing a particular part of the brain known as the hippocampus (the surgeon later admitted he had no idea what effect this would have an it was an experimental move).

While tragic for HM this condition  provided a wealth of research opportunities for psychologists. They were able to, test HM on his ability to perform over a range of tasks over time despite, having no memory whatsoever of having done the task before. And of course they had a subject that was delighted to perform the same tasks over and over again every day – to him it was new and exciting every time!

What the researchers discovered, was a very clear distinction between these two types of memory They would sit on the patient in front of a computer screen and asked them what was in front of him.  Having never seen a computer before the surgery, he would  describe it as a telephone typewriter or something of that nature. They would then give him  a simple range of tasks –  like rotating shapes to fit a certain pattern. Although HM had no memory of having done these tasks before, there was a very clear improvement in his ability to perform the tasks over time. In other words the memory was being coded in implicit memory, but not episodic memory.

What became even more interesting was,  being sat for the first time that day in front of a test he had performed many times before, the researchers would sometimes ask HM what he thought he should do in this test. HM’s answer was consistently “I have no idea”. Researchers then asked him to take his best guess at which point he would often take a “guess” which was very close to the specific instructions they were about to provide.

In other words although he had no memory of having ever done the task before, somewhere in his brain was still the knowledge of exactly how to go about doing that task.

So how does this relate to learning jiu-jitsu? 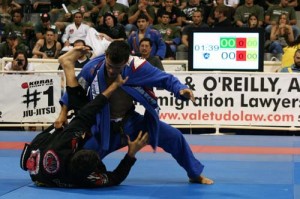 Well we learn in a couple of different ways one is episodic memory. Think back to the last John Will seminar you attended for example. There may be certain parts of the seminar that you remember very clearly, and others which have not been emblazoned across your episodic memory in quite such detail. However in arts like ours it would seem to be that implicit memory is much more important episodic memory.

In other words what does your body remember about how to do the techniques? Sometimes we will perform techniques and will not even remember where we learned them. So how do we increase our rate of  implicit  knowledge.?

Well if HM’s case is anything to go by repetition seems to be the key. Drilling. But this blog is not meant to be just another preach around the importance of drilling.   I think we are all already aware of that.

Rather I think it’s useful for us to take it easy on ourselves with how much you remember sometimes after classes. I have always been an advocate of using training notebooks to jot down pertinent details of things we might have learnt, be they technique related, or simply related to concepts and learning lessons.  However I often see students start to berate themselves for the fact that they can’t remember what was taught even last week. Perhaps one lesson HM teaches us is that, as long as we are on the mat, coming to training, and doing repetitions, we need not worry about whether we “remember all this stuff”.  The point is that some structures in our brains will be remembering whether we are aware of it or not. So you want to get better at jiu-jitsu? The key seems fairly simple –  come consistently to class, focus on doing repetitions and the learning takes care of itself.

For example – imagine you’re in the middle of a roll, and you notice a situation which you link, via episodic memory, to something learned in a previous class or seminar.  ”oh it’s that technique we learned”.   Then you apply that technique.  You now get a real sense of improvement and competence “hey I did that thing we learned last week!”

This is because you are consciously aware that you have applied a new technique to the given situation and therefore you consciously understand that learning and improvement has taken place.

Interestingly I think it’s a little different sometimes when our responses on the mat come from implicit memory. In other words if we are not linking what we do into specific classes we remember taking, sometimes we are not even aware of our own improvement.

I regularly see beginners on the mat  complain about not feeling like they are improving, not feeling like they are not doing any better in sparring than they did previously. And as the coach both watching and rolling with them I can see and feel significant improvements. Moreover when the knowledge is coming from implicit memory it seems be more fluid, – there is less delay between the trigger and the response. So you could say in many ways that this the best form of learning because it just flows out of the persons game as if it was a natural thing.

And yet if we’re not really looking out for it we can miss the fact that we are improving!

So I guess the message is simple. Come to class, drill, and be prepared to step back from your rolling from time to time to really notice what you’re doing now that you weren’t doing six months ago.  Even if you don’t remember having learned it. See you on the mat.

Special Offer: Get FOUR Weeks Training
PLUS FREE Uniform For Just $47
(SAVE A TOTAL OF $150!)