If Somethings Worth Doing…

At the last official rolling session for the  year I found myself reminded of some great advice I once read.

Which when you think about it is absolutely common sense. When we first do something new, chances are we’re doing it poorly.  We know this. And we know that with practice and time we start to get better and better until we achieve full competency, and then on to mastery. That’s a fairly well understood and straight forward process. So why do we see so many people (including ourselves) bailing out before we get to that point?

Simply because doing things poorly (in the learning stage) is uncomfortable. It challenges our view of ourselves as capable and effective individuals.  We don’t want to be poor we want to be great. And so we tend to protect ourselves from expe 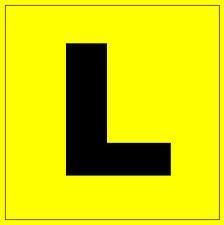 riences that make us feel less than great.

So the question is – is it worth going through the discomfort of doing something poorly? Most of the time if we ask ourselves this question the answer is a resounding “yes!”  The trick is remembering to ask that specific question.

Case in point. The other night I was rolling with a student and just as we touched hands he let me know he was focused on being more “ju” in his rolling (being softer and less strength based).

I was pleased to hear that as its exactly what I would have picked for him to focus on. However as the roll progressed I found myself thinking “if this is soft I’d hate to feel hard..”.

To be fair there were times when I could feel attempts at softness but they didn’t tend to last very long. The problem was apparent.  He really wanted to go soft, but not at the expense of “losing” the roll”.  He wanted to develop a softer rolling style but not at the expense of doing poorly. You can guess the result –  as soon as he was under threat, the strength came back in.

Anytime you’re working on something new in your game, a new sub or sweep or even just a new rolling style, going lighter or slower, or more flow -expect that you will not be doing as “well” for a while.  I put the inverted commas there because it does depend on how you judge “well”.  If you’re judging your rolling by who dominated, who was tapping etc then you will feel like you’re taking a backwards step in the learning phases.  However if you’re judging your rolling by asking yourself if you were doing something that gets you closer to having the game you want – then you may have tapped out 8 times and been stuck underneath but still judge the roll to be successful because you forced yourself to uncross your ankles in pursit of an open guard game.

Or to put it another way – the reason people sometimes don’t develop is that we’re not prepared to let go of who we are in order to become who we want to be.

Special Offer: Get FOUR Weeks Training
PLUS FREE Uniform For Just $47
(SAVE A TOTAL OF $150!)